Osteosarcoma is an aggressive, cancerous tumor that develops in bones. It can occur in humans, in dogs, and even (rarely) in cats.

Canine osteosarcoma (bone cancer in dogs) spreads rapidly throughout the body and ultimately results in death. In fact, 80% of dogs die within two years of diagnosis and in 90% of cases, the cancer has already spread upon diagnosis.

Osteosarcoma is the most common canine bone tumor and while it is somewhat treatable (often a “leg or life” decision), there is currently no cure.

There are actually a number of factors that are thought to contribute to a dog’s risk of developing Osteosarcoma including early neutering (less than a year old), body weight and height.

Breed is also considered a risk factor, though weight appears to be more important. Osteosarcoma is rare in small breeds, but is all too common in larger breeds like Rottweilers and Great Danes. This table shows research data noted by Dr. Rowan J Milner, Univeristy of Florida, in his paper, Osteosarcoma: The Nemesis of Large Breed Dogs. 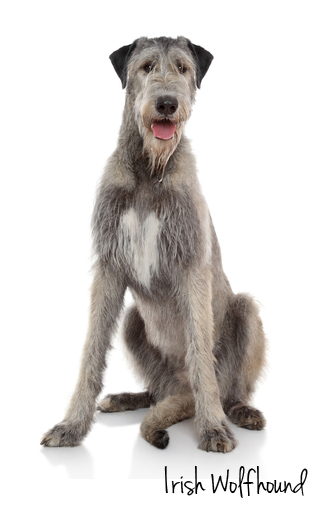 Osteosarcoma has historically been one of the leading causes of death in Irish Wolfhounds and it commonly affects the legs of large (weighing 60 to 90 pounds), or giant (weighing more than 90 pounds) breed dogs, but can also occur in the skull, the ribs, the vertebrae or the pelvis (other parts of the skeleton).

This infographic, from Orvis, is a great visual display on some of the facts and figures of this absolutely devastating disease. They hope that by promoting awareness, they can improve the chances of early diagnosis and grow support for research and development – something many of our canine companions will benefit from!

The Morris Animal Foundation is a nonprofit organization that invests in science to advance animal health. The foundation is a global leader in funding scientific studies for companion animals, horses and wildlife. Since its founding in 1948, Morris Animal Foundation has invested more than $100 million toward 2,400 studies that have led to significant breakthroughs in diagnostics, treatments, preventions and cures to benefit animals worldwide.

Orvis is a family-owned sporting and clothing retailer based out of Vermont. It is devoted to an active, outdoor lifestyle. Out of Orvis’ passion for canine companionship, it has developed several resources for pet lovers to learn more about all things dogs like the Orvis Knowledge Center, a collection of self produced articles and informational pieces, and the Orvis Dogs Facebook page which is regularly updated with pooch specific content. It is a proud supporter of the Morris Animal Foundation.