Patriotic pet lovers can proudly call the Maine Coon a Native American breed. Maine Coons have an interesting back story, rife with inane speculation and possible connections to major events of world history.

Some have hypothesized that Maine Coons resulted from breeding a cat with a raccoon, but this is a genetic impossibility. Others have suggested that as Marie Antoinette was fleeing to America to escape seizure and beheading, her smugglers boarded her six cats with all her other belongings. Although she was eventually found, arrested, and beheaded, her longhaired cats made the trans-Atlantic journey to Maine, bred with American cats, and started a new breed altogether.

Still others have argued that they came over much sooner, circa the 11th century, on Viking ships, and the resemblance between Maine Coons and Norwegian Forest Cats adds some credibility to this theory.

What is known for sure, however, is that these cats make great pets and companions. 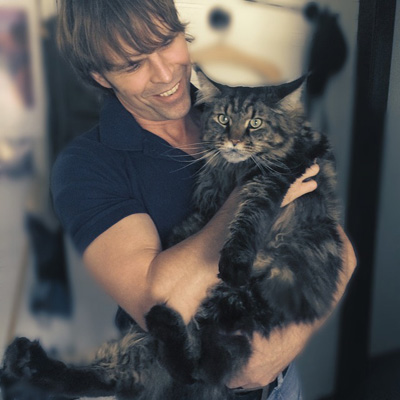 Those familiar with this breed will likely immediately recognize a Maine Coon for its massive size, its thick, lush outer coat and its bushy tail. It is the tail’s resemblance to a raccoon’s, in fact, that earned this breed its name.

As they originated in Maine, these cats come fully equipped to endure cold and wet weather. Their coats require very little maintenance; a brushing out once weekly should suffice. Maine Coons’ eyes vary in color mostly between gold and green, though white Coons occasionally have blue eyes, or eyes of two colors.

Maine Coons have historically displayed a vast range of patterns and colors and though they are massive in appearance, males typically only reach about 12-18 pounds, and females, 9-15 pounds. Unlike most other breeds, Maine Coons can take up to 5 years to reach their full size. In general, their overall shape is rectangular, with a squared off muzzle. 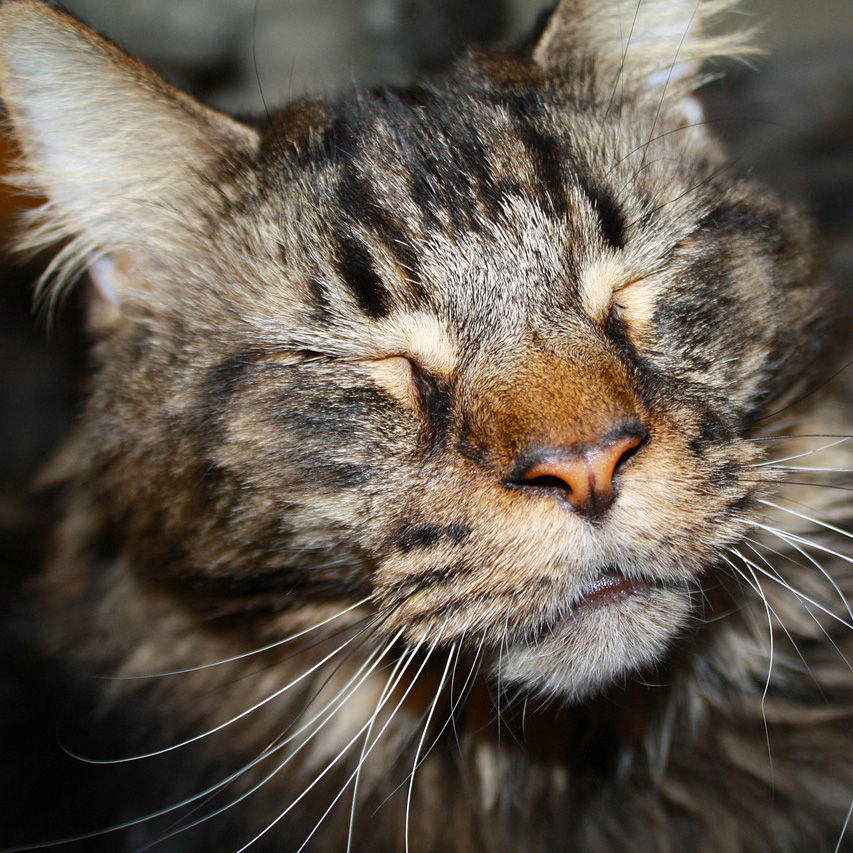 In many ways, the Maine Coon cat is an ideal pet for the novice pet owner. In addition to requiring very little outer maintenance, these cats are well loved for their agreeable and playful nature with humans, other cats, children, and dogs.

They display a strong interest in being around humans, following them around and waiting for them on the other sides of doors. Although they crave this human closeness, by and large, this breed of cats is not prone to become lap cats. They are more likely to curl up next to you and watch you attentively. This may not come about instantly, however; when first coming into their new surroundings, these cats can appear standoffish and unsure around you. In a short time, though, they will adapt and become the right-hand companions they are reputed to be.

Maine Coons do not tend to be climbers either, preferring mostly to keep to the ground and capture objects with their sizable paws. And even with their larger-than-average brains likely full of deep thoughts, these cats mostly keep to themselves vocally. Interestingly, when one finally does hear a Maine Coon speak, its voice usually surprises them; they have quieter voices than do most cats. However, they possess a large range of different chirps and squeaks in their repertoire.

Primarily, these cats serve as mousers, and may occasionally bring their humans a “present.” Also, they are very intrigued by water, and will likely explore their water bowls, toilet bowls and showers, so plan on closing bathroom doors and toilet lids. Dry, nutritious cat food and water suffices for feeding them, and they mostly self-feed without overeating. 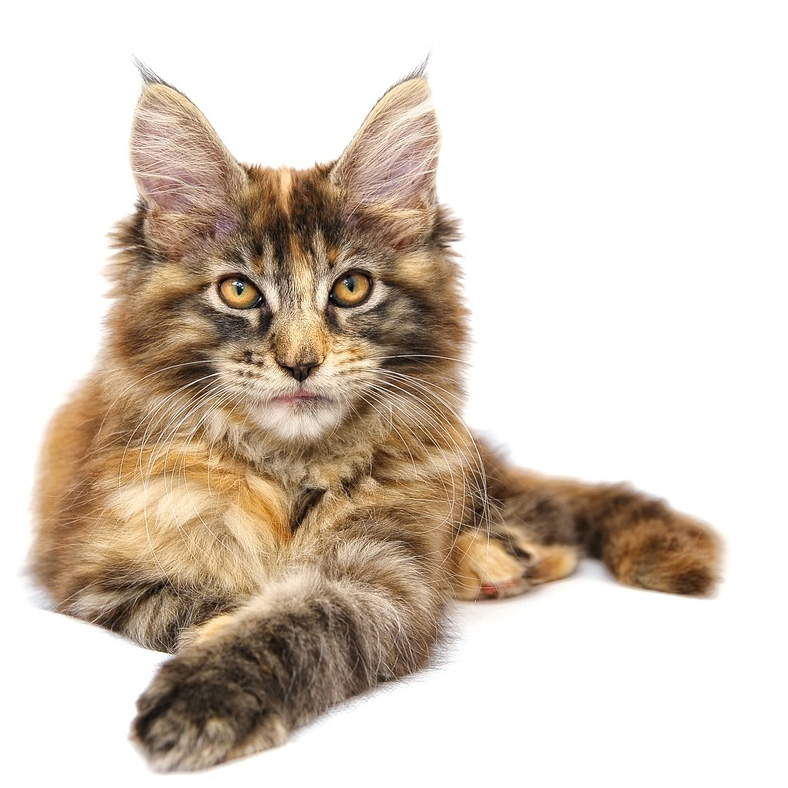 Maine Coons are overall healthy cats, but are still susceptible to certain diseases. Feline Hypotrophic Cardiomyopathy, a common heart disease, can range in severity from a small heart murmur to sudden, instant death, and some lines of this breed are cursed with this fate.

Additionally, hip dysplasia affects some of this breed, and can lead ultimately to its lameness. Spinal Muscular Atrophy is yet another disease that causes muscle weakness and atrophy, and shortens the life span. Breeders can determine the possibility of this by genetic testing and prevention of breeding those cats which display the gene.

Owner of PetsBlogs and life-time animal lover, Lisa has been fond of all kinds of animals for as long as she can remember. She has 6 dogs and 3 horses in her current menagerie.