Growing up, I remember a time when our family cat would hiss at anybody with a baseball cap and bat at people who smelled of cigarette smoke or new perfume. As he got older he only got worse, and soon he didn’t like any visitors. He even started hissing at us for petting him too long.

In his kitten days, everyone loved the cat and he was very social. As time went on, he became bad at interacting with people and some of the things we were originally less worried about became issues. See, while some of this maliciousness was from old age and his body deteriorating, some of it was from the way we raised him. Certain things we did would prove to be less than helpful in the future and now, though he’s still alive, he doesn’t play well with others.

So how do we train our pets to interact better with people who are not us, their owners? There are a few fundamental things we need to teach our pets for the betterment of their lives with us and vice versa.

Start As Early As Possible

You might be thinking, “duh!” as you read that heading, but I can’t emphasize this enough! If you get lazy in training your pet while they’re young, they’ll develop unhealthy habits as they get older that are hard, or even impossible, to break.

For instance, take my cat from earlier. We brought him up in an environment where anything outside of our house was a no-no. Now, I think this was the right decision, as we had coyotes in the area that would sometimes eat neighborhood cats. But keeping him inside all the time without training him to enjoy new experiences has made his nature similar to a crabby old man. Anything he doesn’t like or which is unfamiliar to him is automatically bad.

If we had taught him early in his life to be more social and warm up to new people, instead of just letting him hide out and not interact with the outside world, it could have been a better situation. Again, some of this is natural. But it has been going on long enough in his life that I truly do think we did him and our house guests a disservice by not training him a little better in areas of interaction. 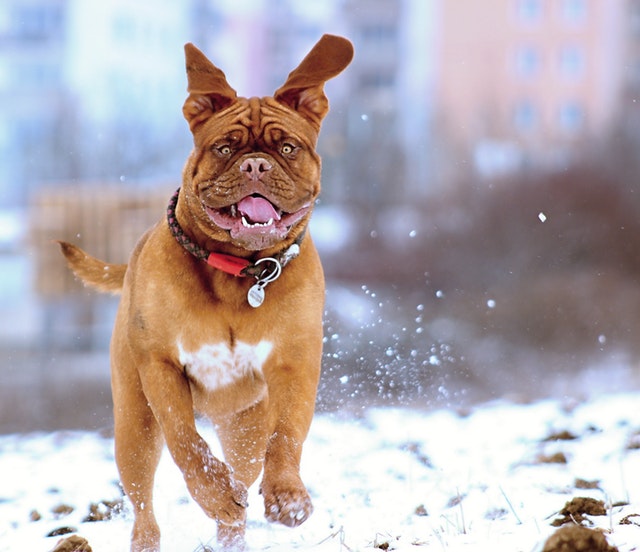 The World Is a Good Place… Right?

So what kind of mindset do we want to instill in our pets? I think we start by teaching them the world outside and things unfamiliar to them can be good and not harmful, rather than always scary or dangerous. This involves making a conscious decision to put them in positive situations, especially new places that may be uncomfortable for a short bit for them.

You want your pet to be respectful of others, of course, but you don’t want them to be on guard all of the time. Pets on the defensive often become aggressive. You want them to steer clear of cars, but you also don’t want them attacking or making a ruckus at new people.

So let them experience new things and places and train them to think of the world positively. Otherwise, your friends may not want to come over and your mailman may get defensive. But worst of all, your pet might not be able to function socially like you want them to.

What’s in the Genes?

Of course, some animals are genetically more prone to violence and aggression. This doesn’t mean you can’t raise them to be well behaved, but it is something you have to keep in mind when choosing a pet.

People have compiled lists of which dogs and cats don’t play nice, and almost every list varies some. There may not be a definitive “don’t get this kind of pet” list, and that’s okay because nurture is still more important than nature. But know that if you get a pit bull you’ll need to be much more intentional in teaching them to play nice than say, a beagle.

Use the resources at your disposal (like the internet), do your homework, and find out about an animal’s history before you take it home. Formerly abused animals may have some social problems, understandably, but you’ll need to be aware of them beforehand. Just by doing due diligence, you could save yourself a lot of trouble.

The Kinds of Experiences You Can Teach Them

I was at a friend’s house last night and their puppy, about four months old, was running around, full of energy, stealing people’s food, jumping on everything and everyone – it was great! Of course, it was also impractical long term. While this is really cute in the moment, it wouldn’t be cute if it was my pet and I dealt with that every day.

This puppy is going to need to learn things about respecting people’s food and space, without becoming too afraid, or too aggressive, to interact with humans. I was really impressed by my friends’ putting him in his cage if he misbehaved. He would whine for a bit, but then he would sit down and get quiet, after which my friends would let him out.

By doing this, my friends were teaching their dog to develop good habits, and that having fun was okay as long as it wasn’t impeding on others. He was learning respect right before my eyes, and was still able to enjoy being a puppy.

And that’s the point — you want your cat or dog to be able to play well with others and, in doing the work, you’re also raising them to be friendly and not aggressive, scared, or overbearing on other people.

If we can find this balance, we’ll be great pet owners and the world will thank us.

Brooke Faulkner is an animal advocate and mother of two. When she's not writing, she can usually be found zipping around on her ATV. She first fell in love with animals as a young girl, on a family visit to a goat farm in New Hampshire. She's dreamed of adopting a Great Pyrenees ever since. To read more of her words, follow @faulknercreek.