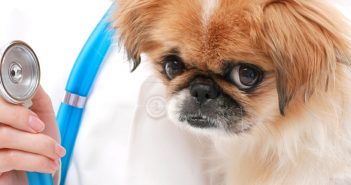 Protecting your Dog from Heartworms

Heartworms (Dirofilaria immitis) are so-called because they mainly live in the right chamber of the heart. Dogs are commonly considered hosts of heartworms. Being a mosquito-borne disease, Heartworms can easily be transmitted from one susceptible dog to another via mosquito bites. Heartworm incidence has been recorded in all 50 states of the United States with higher prevalence in places with higher elevations.

How is Heartworm Transmitted?

When a mosquito feeds on a dog harboring Heartworms, it sucks the larvae up with the blood. Inside the mosquito’s body, the heartworm larvae develop into the infective form. When the mosquito bites another dog, it is able to transmit these larvae as it feeds on the dog.

Inside the dog’s body, the larval heartworms slowly migrate throughout the dog’s body until they will arrive in the heart where they mature into adults. This period of growth and development occurs within a period of several months. Aside from the heart, adult heartworms also occupy the lungs and the major blood vessels associated with the heart and lungs. As mature heartworms mate, the offspring called microfilariae are released into the blood circulation.